One Direction are back at number one after their Comic Relief cover of One Way Or Another became the fastest selling single of 2013.

Granted it’s only February, but it’s for charity so WHEY for them. 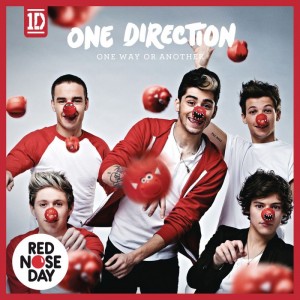 Having only performed the track for the first time at the BRITs on Wednesday, 1D have already racked up an impressive 113.000 copies sold since it’s release last Sunday.

One Direction decided that rather than waste money on a commercially produced video they would film it themselves using footage whilst touring so that more money goes to Comic Relief.